You are here: Home » Creativity » An Artist When No One is Looking 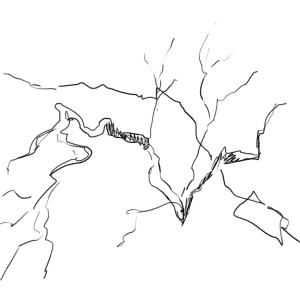 “The counterfeit innovator is wildly self-confident.
The real one is scared to death.”

Steven Pressfield “the War of Art”

My father was an artist, though I never recall hearing him confess to it. I
struggle with the phrase as well. When meeting someone and asked “What do
you do,” I always hesitate. At times I have responded “I’m an artist,”
(mostly with the intent to spark a reaction) which invariably results in a
confused look on the questioner’s face and the stumbling response “Oh, so,
do you… um, paint?”

I once knew someone who consistently and confidently admitted to anyone
within shouting distance that he was, indeed, an artist. He wasn’t, though I
was intrigued by his arrogance. Mostly, I think, he was trying to convince
himself. He was an imitator without a single original thought in his being.

I prefer to create an inherently risky piece that fails, rather than a safe
one void of character.

One does not become an artist by boldly declaring it to be so. An artist is
required to prove it every day. Often times when no one is looking.

Dana Ball is the Art Guy. He creates artistic brands and creative websites for companies that want to stand out from the crowd. Dana helps bring creativity to life. View all posts by Dana Ball »

About the Art Guy

Dana Ball is the Art Guy. He creates artistic brands and creative websites for companies that want to stand out from the crowd. Dana helps bring creativity to life.